The great contradictions of Syriza 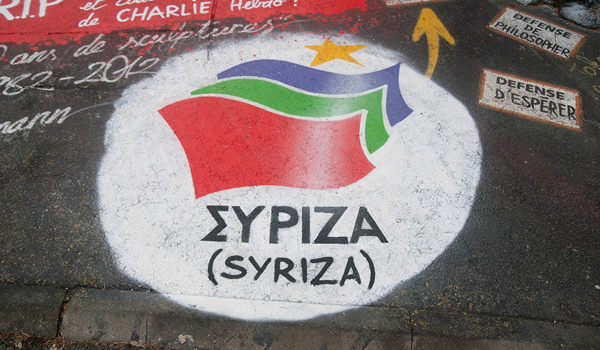 If Syriza, the majority political party, was a human being then it will be a person suffering from schizophrenia. It would be a serious case of schizophrenia. During the past days, especially after the agreement between the government and the creditors, we have heard the most outrageous arguments. We have seen members of Syriza accusing each other of how left or not left they are. We have seen members deny things that have said just a couple days ago. We are spectators of a political party’s deformation.

Let’s see some outstanding contradictions. Already there are 30 members of Syriza in the parliament who haven’t voted in favor of the agreement. One of those members is Costas Lapavitsas. Lapavitsas is very well known for his ideas and his stand on the Greek crisis. Since the first days of the crisis, Lapavitsas was in favor of the Drachma. In all of his interviews was clearly supporting this idea as the only one alternative against the failure of the memorandums which all Greek governments is signing until today. Taking in consideration Lapavitsas’ opinion we can understand that it was very normal for him to go against the will of the government. It was very normal for him to vote no to this agreement.

However, there a lot of members of Syriza accusing him of treason, and in general for his ideas. My question to those members is, so why you included him to your ballots? Did you expect from Lapavitsas to show you the way inside the eurozone? He is consistent from the start of the crisis. He has his opinion, he never changed that and until now he supports it with strong arguments, not just some generic ideas.

Another great example is Panagiotis Lafazanis. Lafazanis is the leader of the “Left Platform” inside Syriza. A group of members who I think they are turning the steering wheel more left than the other members. Also, the one common idea among those members is the return of Greece to the national currency. Lafazanis was already known for his ideas. Anyone in Greece knew that if the government of Syriza will make a u-turn and sign any kind of memorandum with the creditors then Lazanis would not follow. However, he was also included in the ballots during last elections. Today Lafazanis he is also been accused of treason.

But I can really understand the members of the Syriza. They are having their leader, Alexis Tsipras, as an example. However, he is a bad example. Alexis Tsipras is telling to the Greek people that he will follow a program which it’s not his own, and he doesn’t believe in that. He believes that this program will just add more to the misery of the Greek people. However, he will try, at least, to execute it. Does this make sense? Of course not, as many other things these days in Greece.