Greek Elections: At least we learned to who’s hands the bomb will explode! 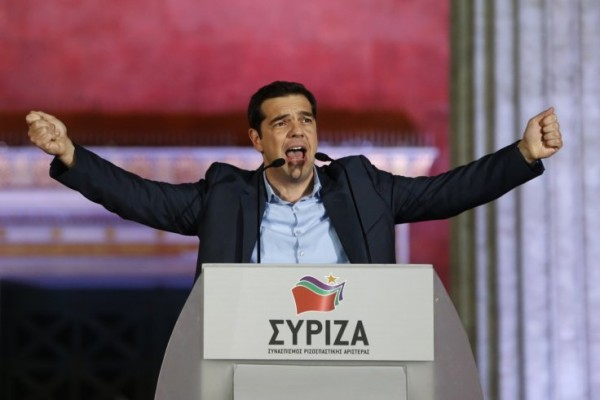 These elections in Greece will be remembered as the fastest elections ever. In only one month, the people needed to decide who will vote for. After Tsipras u-turn and the break apart of Syriza the voters seemed stunned and undecided.

The abstention from the polls reached the all high 44.5%. However Syriza managed to gain more than 30% of the votes, more precisely they were polled with 35.46% of the votes as also their governmental partner, “The Independent Greeks” managed to gain access into the parliament, disproving the per-election polls.

In other words, the government Greece had a month ago will continue, but this time without all those who denied to sign and vote the new memorandum. The rebels of Syriza, who formed the new political party “Popular Unit” didn’t succeed to enter the parliament for just some hundred votes.

Another big surprise was the entry in the parliament for the political party of Vasilis Leventis. Leventis was a caricatured figure back in the 90’s. Back then he owned a television station and he is being remembered for his outrageous accusations against all political leaders while at the same time he was enjoying his pasta live on tv.

The political environment in Greece got even more unbalanced. 8 political parties will form the new parliament. But at least will learn to whose hands the bomb will explode.

The “partners”-creditors have said in any way that this is the last chance for Greece. If the memorandum will not succeed then they will pull up again the plan b. The famous plan b of Mr. Schauble which propose a 5-year pause from the Eurozone.

However, this memorandum has been formed for only one reason. To fail again in a spectacular way as all the previous ones. The goals which sets are unreachable. This is very well known in the Greek political elite. This is something that Tsipras knows very well, but as his predecessors he is expecting that at some point our “partners” will realize that and they will change their strategy towards Greece.

The feeling in Greece is that will need to vote again very soon. The government has a lot of difficult austerity measures to vote for and there will be some members of parliament from both governmental parties, who will not be able to vote them. Let’s not forget that the government has only 155 members in parliament and is very easy to lose the majority.