As Varoufakis says, “Extend and Pretend” 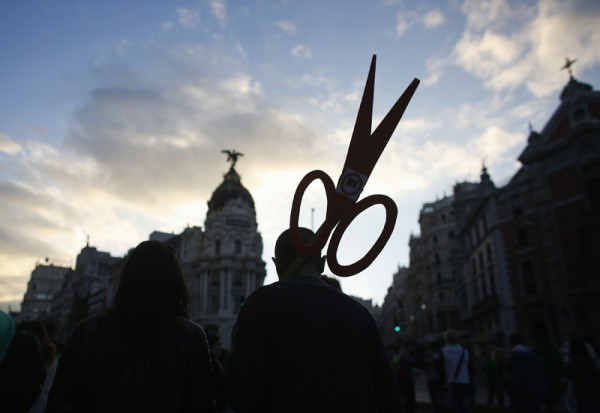 It’s been some time since the last time I wrote something in this blog. The truth is that I needed some time to re-evaluate the situation in Greece. Also, I needed to give some time to Alexis. All of us need and deserve a second chance in life.

The Greek people gave to Alexis this second chance, now the only thing remaining is to see how Alexis will use this second chance. Until today, things are not so promising. The Greek government has voted all the austerity measures given by our lenders-partners. For one more time in the past 5 years, the Greek government follows the same failed recipe. The recipe of austerity, the recipe of devaluating our economy for the sake of more loans. More loans, more debt, Deutch Bank’s report is predicting that the Greek debt will reach 200% against GDP by the end of 2015.

At the same time the Greek government is implementing new cuts in pensions, new cuts in the public sector, adding more taxes to businesses, and for the first times raises almost all taxes for farmers. They decided to raise the taxes for the farmers because they want to support the agricultural production. I know that doesn’t make sense, but what makes sense in Greece these days?

As for the people, everybody is numbed, they are watching the decrease of their standard of living without being able to do something. Anyone who was just thinking of moving abroad now holds a luggage and is trying to find his way out. More people leaving the country, young boys and girls, well-educated, human resources which could be the base for a new start for Greece. Now they are gone, they are offering their services to other countries.

Greece will become a country of old men and women, who they will be waiting from their kids who live abroad to send some euros, or dollars in order to make it until the end of the month. I don’t know anymore how we can prevent this. One thing is for sure, this will happen, this is the future of Greece unless something will happen, and fast, very fast.